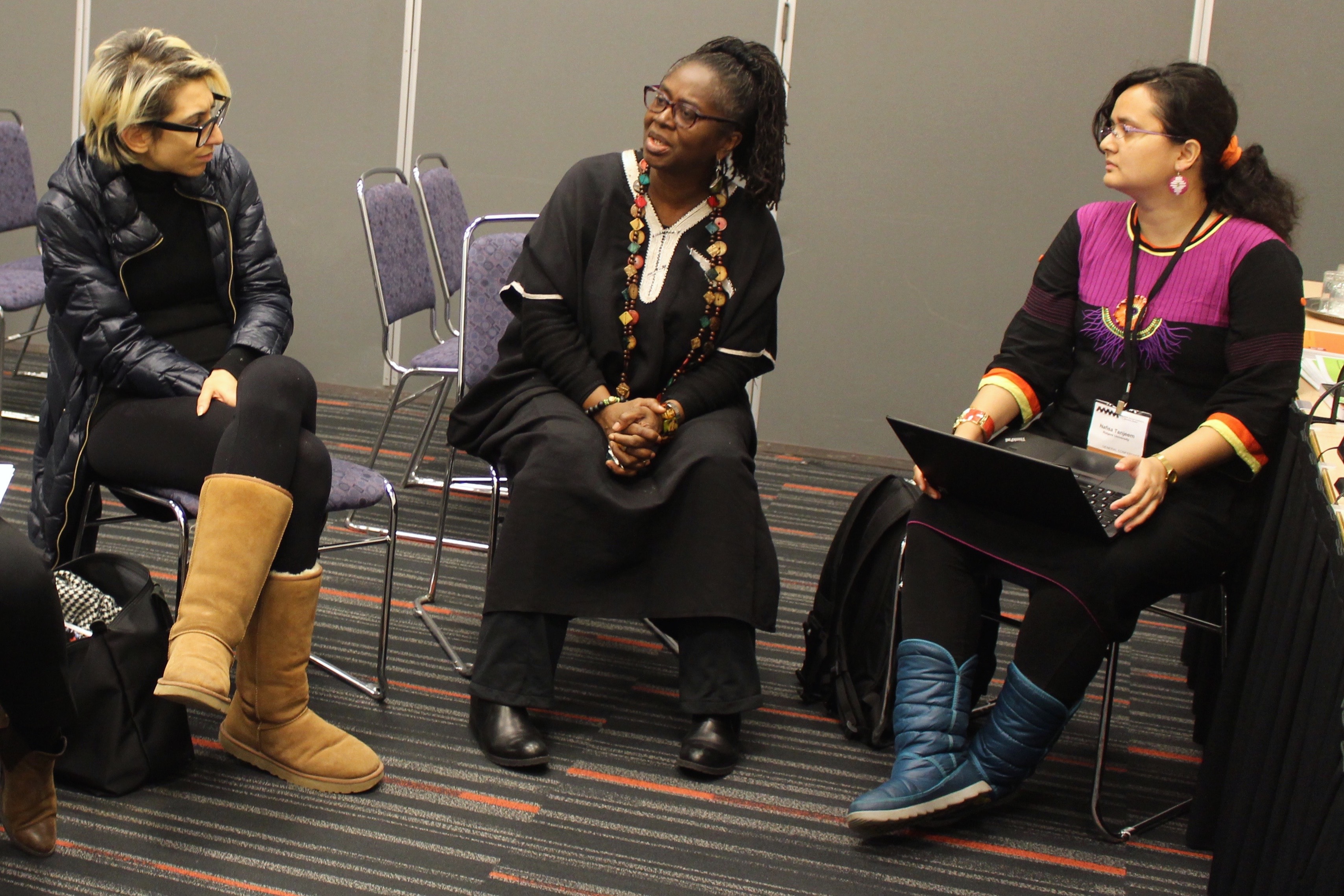 Women’s Studies instructors discuss the benefits and challenges of having students edit Wikipedia articles in the classroom.

In early November, Educational Partnerships Manager Jami Mathewson attended the National Women’s Studies Association (NWSA) conference in Montreal, Quebec. At this conference, we celebrated entering the second year of our partnership with NWSA, through which we have brought more than 100 women’s studies courses to Wikipedia. Our partnership with NWSA has been our most productive to date, with the highest instructor and student participation in our program. This was a great opportunity to meet with our current program participants to gauge their experiences teaching with Wikipedia. The general consensus was that making information available to the world “is the feminist work” they teach their students to engage in. We’re looking forward to working with the new instructors who signed up to join the initiative.

Outreach Manager Samantha Weald joined Jami at the American Anthropological Association’s (AAA) annual meeting in Minneapolis to recruit anthropologists into the Classroom Program. While there, Wiki Ed board member Dr. Carwil Bjork-James and Jami held a workshop to inform attendees about the power of Wikipedia as a highly accessed, open source of information for the world. This was our first time attending the AAA meeting, and we observed a lot of enthusiasm for our presence and interest in joining our programs.

Status of the Classroom Program for Fall 2016 in numbers, as of November 30:

Though many of our students are still hard at work contributing to Wikipedia, we’re gearing up for the Spring 2017 term! Fall 2016 was the Classroom Program’s largest term to date with 276 courses and more than 6,200 students. In just two years, the program has almost tripled in size from 98 courses in Fall 2014. As the year comes to a close, thousands of students from across the U.S. and Canada now have the ability to identify reliable sources of information, and it’s our hope they take this skill with them both in and beyond the walls of academia. When students contribute to Wikipedia, they learn critical media literacy skills to navigate an increasingly complex media landscape.

Earlier in the term, Classroom Program Manager, Helaine Blumenthal, ran two webinars as part of a strategy to provide instructors with more ways to engage with Wiki Ed and to broaden their understanding of the impact of Wikipedia-based assignments both in and outside of the classroom. Based on feedback, we learned that most valuable to our instructors were the Q&A sections of these programs. As a result, we decided to launch “Wiki Ed Office Hours” later in the term. Twice in November, Helaine, along with Samantha, and Wikipedia Content Experts, Adam Hyland and Ian Ramjohn, hosted an hour-long live chat in which instructors had the chance to drop in and ask any questions they might have about their wiki assignments. While we are still evaluating the effectiveness of office hours, our preliminary impressions are quite favorable. The office hours structure helps Wiki Ed and instructors achieve several important outcomes. As the Classroom Program grows, it’s clear that we cannot visit every class either physically or virtually. Office hours allows the Wiki Ed team to have one-on-one interactions with professors while allowing the program to continue to scale. It also allows the Wiki Ed team to answer many questions at once in a short amount of time rather than spending hours answering individual emails from instructors. Additionally, the Wiki Ed team had the chance to inform instructors about the many resources available to them, like ask.wikiedu.org. Office hours also performs another critical function – it provides instructors an opportunity to interact with one another, and we saw from both sessions this term that instructors are eager to learn from their peers. Our instructors are scattered in universities around the U.S. and Canada, and office hours has the potential to foster a sense of community among participants in the Classroom Program. We’ll be offering office hours again in the spring 2017 term on a monthly basis beginning in February. We’ll continue to evaluate how to best use this approach to support, but it’s a promising new feature of the Classroom Program. 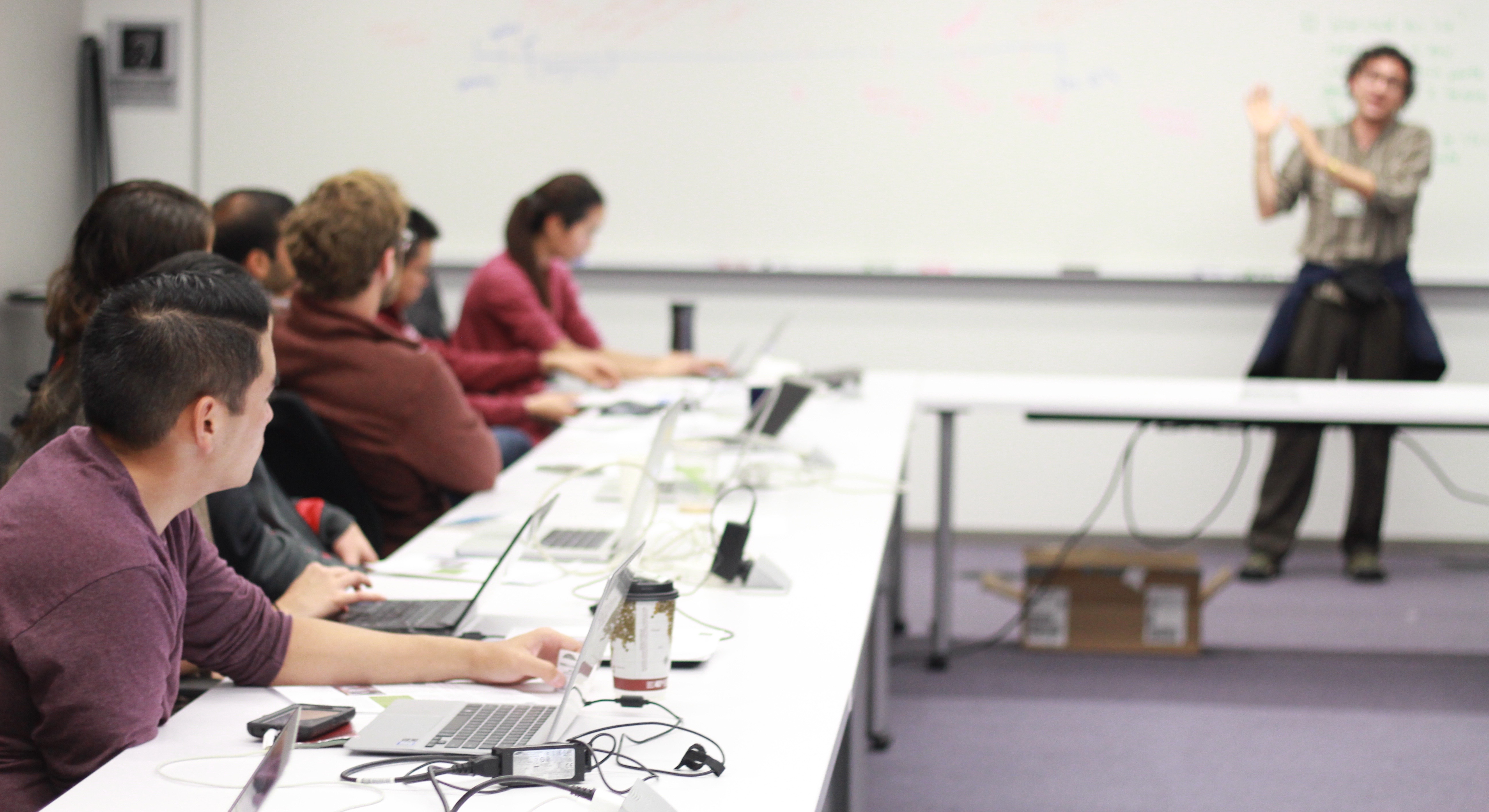 Samantha and Jami joined Dr. Amin Azzam’s students at the University of California, San Francisco medical school to share information about Wikipedia-editing in the medical community. Students had great questions about using their medical studies to inform the rest of the world, and we’re excited Dr. Azzam’s elective course has a higher enrollment than ever before, which students attributed to praise from their peers who took the course in previous terms.

We saw some great work from several courses:

From Black Lives Matter, to Bernie Sanders’s primary campaign, to the reaction to Donald Trump’s election, social movements have been in the news. Angela Miller and David Harris’s Social Movements and Social Media class has produced many timely contributions to Wikipedia.

Students in Vanessa Freije’s Readings in Censorship class worked on articles about censorship and press freedom around the world. 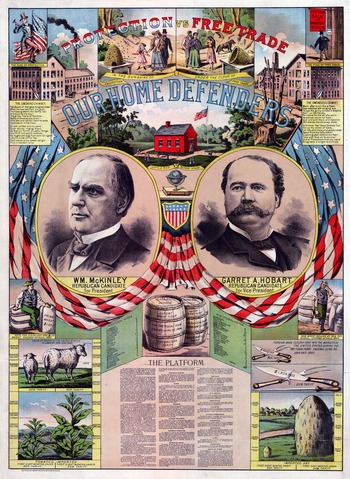 Community Engagement Manager Ryan McGrady continued to work with prospective sponsors and scholars at different stages of the onboarding process, and worked with Jami and Samantha to develop additional outreach strategies. November saw the start of two new Visiting Scholars positions: Jackie Koerner began working with the Paul K. Longmore Institute on Disability at San Francisco State University, and User:Lingzhi started a relationship with the University of San Francisco’s Department of Rhetoric and Language.

In November, Ryan moved from a part-time to a full-time position, and with his additional hours, he is taking over responsibility for Wiki Ed’s blog, social media channels, and other communication activities. Director of Programs LiAnna Davis released an RFP to seek a media firm who can pitch stories of Wiki Ed’s successes from the fall term to news media outlets, and interviewed several firms.

In November, Product Manager Sage Ross spread his efforts among dashboard performance improvements and maintenance, including the new Diff Viewer feature, and collaboration and mentorship.

With the increased usage of the Dashboard this term and more active students than ever, some of the weak points of our infrastructure have been revealing themselves. Sage fixed a number of edge case bugs and performance bottlenecks in the Dashboard this month, resulting in data updates that happen more quickly, more accurately, and with more failure tolerance. The system can better handle complex page histories and deletions, as well as users who are renamed. Sage also made considerable progress with the ongoing effort to standardize our codebase, which is gradually being converted from CoffeeScript to modern JavaScript.

The initial, so-far basic version of a long-requested Dashboard feature launched this month: the Diff Viewer. It lets you quickly see the details of edits students have made on Wikipedia, as well as the cumulative changes to an article from an entire course. It’s the start of our effort to improve the Dashboard’s ability to facilitate the review and grading of on-wiki work, which will continue into 2017.

Another recent focus has been on fostering a bigger and more active development community around the Dashboard. Sage continued collaborating with the Wikimedia Foundation’s Community Tech team on building new Campaign features, and has been experimenting with other ways of getting new developers involved. Two of those ways are already paying off. We’ve made plans to work with an Outreachy intern, Sejal Khatri, from December through early 2017. Sejal is a computer science student from India, and she’ll be working on the Dashboard’s user profile features. Also, at the end of November, we had our first contribution — an important bug fix — through Google Code-In, a free and open source software competition for high school students. Overall, the Dashboard saw contributions in November from six different developers outside of Wiki Ed staff and contractors, the highest number yet.

Over the course of November, Research Fellow Zach McDowell completed eight focus groups and made plans to conduct five more in the first two weeks of December.

Surveys have been finalized and participation continues to grow, with a participation rate of over 18.5% for the first survey, with most course activity not finished. Zach has made multiple contacts and is working with three separate faculty on potential co-authored papers on the research, and has had a proposal accepted at one conference, with four others pending for spring 2017.

Finally, Zach was invited to and gave a talk regarding teaching with Wikipedia and the student learning outcomes research at Hampshire College’s School for Cognitive Sciences on November 16. He was subsequently invited back to give a similar talk for the College of Natural Sciences on January 27, 2017.

Our year-to-date expenses of $742,436 was also less than our budgeted expenditures of $989,351 by $247k. Like the monthly variance, the year-to-date variance was also largely impacted by staffing vacancies ($87k); and savings in travel ($73k). In addition, deferrals in professional services ($47k); and marketing ($5k); as well as savings and deferral in staffing related expenses ($30k) added to the variance.

Also in November, the Broadcom Foundation awarded the Wiki Education Foundation with a $25,000 gift. The Broadcom Foundation “empowers young people to be STEM literate, critical thinkers and college and career ready by creating multiple pathways and equitable access to achieve the 21st century skills they need to succeed as engineers, scientists and innovators of the future.”

Working closely with vendors from WealthEngine and Direct Mail Center, the Wiki Education Foundation is also preparing a first-for-the-organization donor acquisition campaign, which is scheduled for mailing in early December 2016.

In November, Executive Director Frank Schulenburg conducted Wiki Ed’s first staff engagement survey. The purpose is to get a better picture of what motivates individual staff members and to see how we’re doing as an organization in different areas. The survey results will be used as a starting point for conversations between managers and their direct reports. Based on the outcomes, we will consider making adjustments in areas identified as needing improvement. The staff survey is an important feedback tool that helps our understanding of what motivates people to work for Wiki Ed.

Also in November, the board created a Human Resources Committee. The committee’s purpose is to support the Board in fulfilling its oversight responsibilities related to human resource practices, including the evaluation of the ED’s performance and an annual compensation review. Furthermore, the committee will periodically review and make recommendations regarding Wiki Ed’s policies and practices related to hiring, diversity, compensation, performance evaluation, grievances and whistleblowing and succession planning.

November also saw improvements in how staff embarks on new projects. From now on, a formal “project charter” serves as a starting point, providing project members with a written statement of the project’s scope, stakeholders, objectives, and measures of success. Although Wiki Ed’s staff have an excellent track record of executing projects successfully, on time and on budget, this measure will help us to further streamline the process of efficiently planning new initiatives.