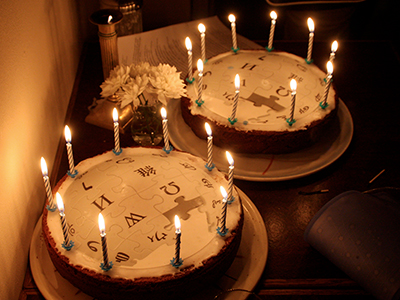 January 15 is Wikipedia’s 21st birthday. Happy birthday, Wikipedia! In honor of the occasion, we at Wiki Education are reflecting on 21 ways our organization’s work has made Wikipedia better (in no particular order). 1. We’ve added a LOT of content to Wikipedia. In 2018, Wiki Education reached a milestone: Student editors in our Wikipedia Student Program … Continued

Chemist Maggie Tam had never edited Wikipedia before taking one of our recent 500 Wiki Women Scientists courses — in fact, she didn’t even know you could. “I used to think that each Wikipedia article was written by a single author,” Maggie admits. “I didn’t realize that anyone can edit and make changes to articles. … Continued

Tristan Fehr has a deep interest in science policy, and particularly science communication. As a postdoctoral fellow in neuroscience, Tristan knows how important it is to be able to clearly convey scientific information to the general population. So when a colleague recommended he take a National Science Policy Network Wiki Scientists course, he signed right … Continued

As the Exhibit & Program Coordinator for the Museum of Work & Culture in Woonsocket, Rhode Island, Deborah Krieger organizes the museum’s changing exhibitions, develops programming to accompany those exhibitions, and works on the museum’s permanent exhibits. She also has a master’s degree in Public Humanities from Brown University. In both her academic and professional … Continued

Earlier this year, a Wikipedia editor approached the Hagley Museum and Library with a rights and reproductions request: could they have images of the patent models Hagley had in their collection for inventor William E. Sawyer? Hagley Registrar Jennifer Johns immediately saw Wikipedia as another way to generate interest in their collection. Hagley is a … Continued

As an expert on the culture, history, and politics of the Middle East, Kevin Schwartz noticed something as he read the Wikipedia articles on September 11, the War on Terror, or those related to Iran’s political and military involvement in the Middle East. “The articles tend to focus on describing military operations, rather than provide … Continued

Like most people, Nick Geiser uses Wikipedia every day. As a PhD candidate in theoretical physics at the University of California, Los Angeles, Nick studies string theory and uses mathematics to solve problems in quantum gravity. Outside of research, he works with a variety of organizations to support under-represented minority groups in STEM fields. When … Continued

“So often, we hear that girls in science need more role models and inspiration. We’re asked, ‘Where are the women in science?’, as if we’re not already here.” Dr. Maryam Zaringhalam and Dr. Jess Wade, Nature   500 Women Wiki Scientists is a project between Wiki Education and 500 Women Scientists to increase visibility of … Continued

Understanding diversity through Wikipedia and Wikidata